A man carrying our American flag is attacked and beaten by ANTIFA, BLM, & La Raza . . . . 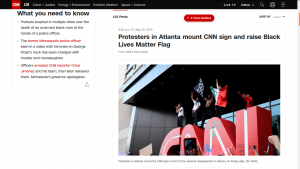 Protesters also torched an American flag outside CNN Center in Atlanta and broke the glass near the entrance of the center.

“The violence instigated and carried out by Antifa and other similar groups in connection with the rioting is domestic terrorism and will be treated accordingly.”

In what should not come as a surprise to many (especially those with open minds and open eyes), President Trump has tweeted that he is designating Antifa a terrorist organization.

The United States of America will be designating ANTIFA as a Terrorist Organization.

The Lamestream Media is doing everything within their power to foment hatred and anarchy. As long as everybody understands what they are doing, that they are FAKE NEWS and truly bad people with a sick agenda, we can easily work through them to GREATNESS!

This decision comes almost a year after he first tweeted that he was considering labeling the militant, black-clad, mask-wearing ‘anti-fascist’ group as a terrorist organization.

According to reports from local media, almost all of the stores on the popular shopping strip in Chicago were damaged in some way, with popular brands like Zara, CVS, Walgreens and others also being targeted by looters.

In addition, several police cars were also destroyed in clashes between authorities and demonstrators. The city imposed a curfew beginning at 9pm local time on Saturday and ending at 6am Sunday.

https://www.rt.com/sport/490312-nike-riots-store-looted-video/
A message for unity issued by Nike has not prevented one of its landmark stores in Chicago being looted amid the ongoing protests surrounding the death of George Floyd while in police custody.

Nike were among several international conglomerates to issue a message on Twitter in which they called for unity in a show of support to the late Floyd.

However, it doesn’t appear that the message was received loud and clear by some citizens in Chicago after a flagship Nike store on Michigan Avenue was destroyed and looted by rioters, leaving a trail of damage and destruction in their wake. 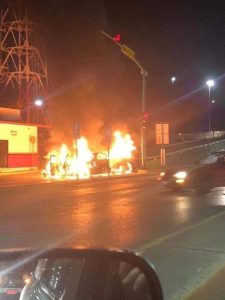 “After this week, it’s foolish to pretend that the Left believes in coronavirus lock downs. The moment that Lefties and their media supporters saw people out for a cause they believed in, their alleged concerns about the virus disappeared.” — Laura Ingraham

Iowa’s largest pork producer, Iowa Select Farms, has been using a cruel and excruciating method to kill thousands of pigs that have become commercially worthless due to the coronavirus pandemic. As is true for so much of what the agricultural industry does, the company’s gruesome extermination of sentient animals that are emotionally complex and intelligent has been conducted entirely out of public view.

But The Intercept, as the result of an investigation by animal rights group Direct Action Everywhere, or DxE, has obtained video footage of the procedure and the resulting carnage that occurred at one of the company’s facilities in mid-May. Additionally, a whistleblower employed by Iowa Select has provided extensive details to The Intercept about the extraordinary methods now being employed to kill pigs — agonizingly and over the course of many hours — in increasingly large numbers.

Two days ago a policeman in Minnesota, who was well known for his brutality, murdered a black man, George Floyd, by suffocating him during an arrest for allegedly paying with a fake $20 bill. (video, longer version) It was one of many such murders.

Yesterday afternoon the regime sent in its provocateurs. One of allegedly six was a white man in black cloths, masked with a professional gas mask and carrying a black umbrella. He was filmed as he started to smash shop windows even while protesters told him not do do that. (video). When people got suspicious of him the man walked away, his umbrella still up. (video). He was later identified as a member of the St. Paul police department.

Into the night the protests grew and took on a socialist tone when people started to communalize the goods offered at a local Target market  known for its extensive survival (sic). Later the local McDonald’s restaurant was also liberated by fire.

The regime gave up. Police fled from the 3rd Precinct in a large convoy (video, video). Soon after that the precinct was set on fire. (video)

These are not race riots. Many of the protesters are young people of white color. (video, video)

Throughout the night more buildings were set on fire.

The local regime governor order his national guard to intervene.

The president threatened to kill the unarmed protesters:

…These THUGS are dishonoring the memory of George Floyd, and I won’t let that happen. Just spoke to Governor Tim Walz and told him that the Military is with him all the way. Any difficulty and we will assume control but, when the looting starts, the shooting starts. Thank you!

“When the looting starts, the shooting starts,” is a threat coined by Miami Police Chief Walter Headley, who promised violent reprisals on black protesters in 1967. He also said: “We don’t mind being accused of police brutality. They haven’t seen anything yet.” 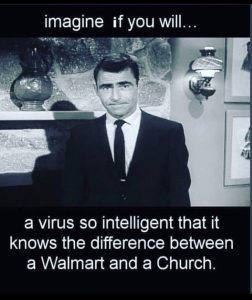 “They have been basically ejected from their jobs,” he said, referring to the one in six youths who have stopped working. “There is a danger of long-term exclusion. The scarring of young people who are excluded from the labor market early in their careers is well attested by the literature.”

“So I don’t think it is giving way to hyperbole to talk about the danger of a lockdown generation,” Ryder added.

Of those still working, nearly one in four, or 23%, have seen their working hours reduced, the ILO said, pointing to a “triple shock” faced by young workers: Destruction of their work, disruption to their training and education, and obstacles moving in the work force or entering it in the first place. 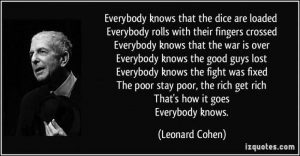 Companies across the U.S. are cutting salaries as they fight to survive the coronavirus, upending a key assumption in modern economics and raising another hurdle to rapid recovery.

The pandemic has triggered unemployment on a scale not seen since the Great Depression. Pay cuts for Americans who’ve managed to hold onto their jobs may hobble the return to normal. People will have to use a bigger chunk of their income for fixed obligations such as housing and other debts — leaving less for the kind of spending that can help spark the economy back into life.

It should come as no surprise that New Zealand’s new gun control laws haven’t appeared to effect gun crime. After all, gang members told the government as much.

At the outset of the gun control push, the Waikato branch president of the Mongrel Mob street gang, Sonny Fatu, made clear to the press that his gang and others have no intention of obeying further gun laws. The gang leader stated, “Will gangs get rid of their weapons? No. Because of who we are, we can’t guarantee our own safety.”

Moreover, as noted in the April 5, 2019 NRA-ILA article, the research on Australia’s confiscation program is clear. In 2013, the U.S. Department of Justice’s National Institute of Justice reviewed the available research on Australia’s firearm confiscation program and issued a memorandum that concluded that the effort had no effect on crime generally. In coming to this determination, the memorandum cited work from University of Maryland Professor Peter Reuter and Jenny Mouzos, aptly titled, “Australia: A Massive Buyback of Low-Risk Guns.”The NIJ memo made clear that the researchers “found no effect on crime.”

With this new data it is tempting to call the New Zealand’s gun control efforts a failure. However, to do so one must assume that Ardern and her government’s goal was to reduce crime perpetrated with firearms rather than to attack the rights of law-abiding gun owners. Concerning the latter, Ardern’s gun control has proven an undeniable success.

The US Department of Defense spokesperson has locked horns with the New York Times (NYT) over a Memorial Day opinion piece saying that the US military “celebrates white supremacy.”

“The NYT has more than a million possible stories of the ultimate sacrifice by American patriots that they could tell. But they don’t,” Chief Pentagon Spokesperson Jonathan Rath Hoffman tweeted.

Instead, they chose to attack the US military – the most diverse meritocracy in the country and the most powerful force for good in world history. We have many stories of valor still waiting to be told this Memorial Day weekend.

Hoffman’s ire was drawn by the NYT’s opinion piece titled ‘Why Does the U.S. Military Celebrate White Supremacy?’ on Saturday. The article was accompanied by an illustration depicting an artillery shell with two black dots on it, resembling a white Ku Klux Klan hood.