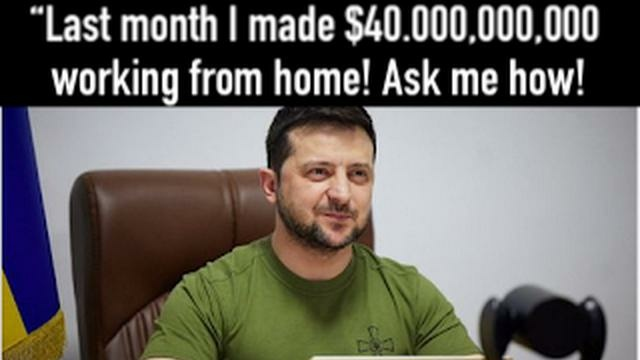 It’s safe to say the world has gotten used to mind-blowing statements coming from the detached Kiev regime, as this has become their common theme. Apart from boastful claims of supposed “victories” of the Neo-Nazi junta forces against the Russian military, talks of how much financial assistance is necessary is the usual topic in Kiev. The regime frontman Volodymyr Zelensky is never tired of demanding yet another few billion dollars (euros and pounds are good enough, too) per month to support the political West’s favorite puppet regime. However, his most recent statements make every other demand look entirely “reasonable”. Namely, the Kiev regime frontman now wants over $1 trillion for the supposed “reconstruction” of the country.

During a video address on November 29, Zelensky stated that it would cost more than $1 trillion to “rebuild” Ukraine. If the number sounds astounding, that’s quite expected, given that it’s over five times the country’s 2021 GDP. However, even this sounds laughable when the second requirement is listed – this “reconstruction” plan would come into effect only after the military superpower with over 6,000 thermonuclear warheads next door is somehow “defeated”. Many have ignored Zelensky’s mind-boggling statements regarding this matter, but he keeps insisting that this is precisely what the Kiev regime needs.