Two Weeks To Flatten The World

Ultimately there can be no comprehensive debate and complete understanding of the devastating consequences of the ‘Covid Crisis’ policies without a historical and up-to-date analysis of the Medical Industry’s role in pushing socioeconomic and political agendas which benefit the ruling elites.

It is vital to understand that the public health industry is now directly tied to global markets and operates based on the demands of those financial conglomerates. Manufactured pandemics are now mammoth investment opportunities that increase the wealth of billionaires and further consolidate their power.

It is also necessary to recognize that the primary purpose of the medical industry is no longer the “art of healing”, rather as a financial instrument benefiting investors.

‘We the people‘ must also recognize that the Medical Industry has now been fully weaponized as a punitive system designed to process, dehumanize and control every single person in the system. Before our very eyes, we have seen up close how mere biological existence is criminalized by that system.

The magic act of Covid vanishing from media view and public perception is not due to any medical miracle or the natural trajectory of a virus losing its potency. It was performed by those who manufactured this reality and committed countless crimes, coordinated in an attempt to slip out the back door, avoid further public inquiry and escape any legal consequences.

Though the story of the virus is nearly over, the sorcery that created it has not been exorcised.

The urgent message that we must take from these past two years is that we are under sustained psychological warfare and have been for quite some time.

We won’t have truly won until it is universally established that Medical Freedom is not a negotiable commodity controlled by state bureaucrats, political opportunists, or the medical cartel.

Nothing has been won until the ideology that the state controls our bodily autonomy has been thoroughly repudiated.

This story is not finished until the individuals and institutions that deceived the public and censored and persecuted dissenting voices over the past two years are publicly held accountable. 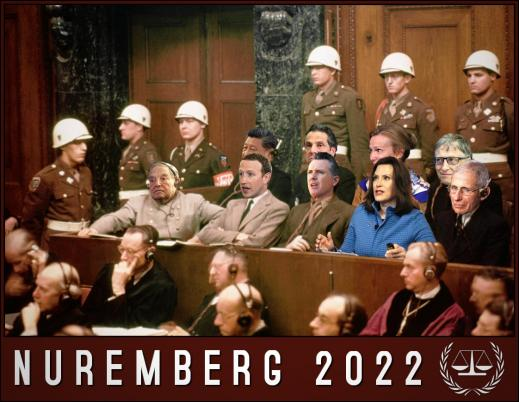