Posted on February 4, 2022 | By gassasb | No comments
By Rebecca Sunny Foelker

The mainstream press would have us believe that the speech RFK Jr delivered on January 23rd during the “Defeat the Mandates” March was all about trivializing the Holocaust.

It was, instead, about the thing that the media and other American leftists fear most: constitutional liberty.

They are putting in place all of these technological mechanisms for control that we’ve never seen before. It’s been the ambition of every totalitarian state since the beginning of mankind to control every aspect of behavior, of conduct of thought and to obliterate dissent. None of them had been able to do it. They didn’t have the technological capacity.  Even in Hitler’s Germany you could cross the Alps to Switzerland, you could hide in an attic like Anne Frank did. … So it was possible to escape. Many died truly, but it was possible.

You have a series of rights, as flawed as our government is, you can still go out and go to a bar. You can go to a sporting event. You can get on a bus or an airplane and you can travel. You have certain freedoms.

The minute they hand you that vaccine passport, every right you have is transformed into a privilege, contingent upon your obedience to arbitrary government dictates. It will make you a slave! 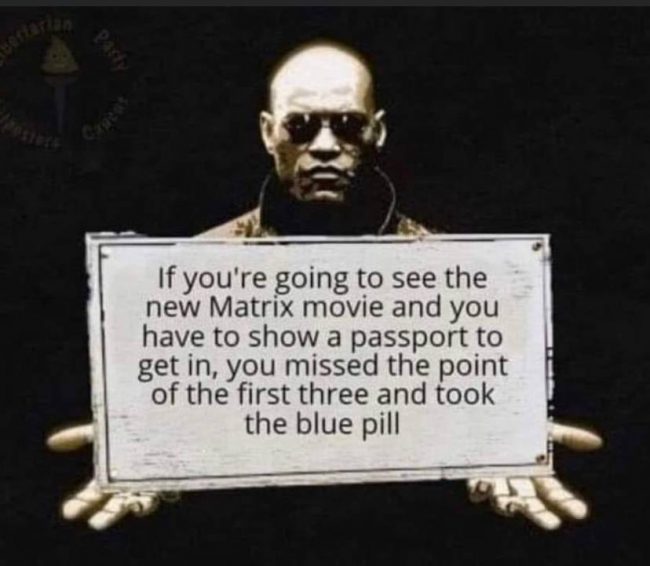