The woke left are demonizing parents and want to abolish the family. It’s the intellectual equivalent of a toddler’s tantrum

Michael McCaffrey is a writer and cultural critic who lives in Los Angeles. His work can be read at RT, Counterpunch and at his website mpmacting.com/blog. 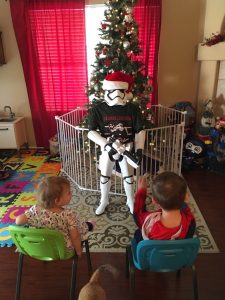 A perfect example of this mindless mania is a recent tweet from Noah Berlatsky, a pissant provocateur and philosophical poseur who writes for the Guardian and the Atlantic magazine. Berlatsky whined, “parents are tyrants. ‘parent’ is an oppressive class, like rich people or white people.”

He followed that belch into the woke echo chamber with this equally odious one: “There are things you can try to do to minimize the abuse that’s endemic to the parent/child relationship, but it’s always there.”

Apparently, someone didn’t change baby Berlatsky’s dirty diaper fast enough and now we all have to deal with the stink.

Sadly, Berlatsky’s buffoonery is not an outlier, as this anti-family mindset is rampant among the woke left. Examples of this absurd agenda being aggressively pushed abound.