The Leader Who Never Was

Appeasing the green new deal fanatics in their war on American fossil fuel production even before his Oval Office chair was warm, predictably pushed energy prices sharply higher, lighting a fuse to runaway inflation that’s won’t be easily stamped out. Opening the human floodgates on our now notional southern border — aside from the exploding crime and youth-poisoning fentanyl implications — signaled to the world a lack of commitment to the basic defense of the nation that goes beyond mere incompetence, to near self-immolation. The Taliban quite understandably recognized a propitious moment, so their offensive operations intensified, leading to our horribly ill-considered, disgracefully botched flight from Afghanistan — for which no one has as yet been called to account. Such incomprehensible malfeasance was not lost on the covetous Vladimir Putin, convincing him his time had arrived. And so his bloody grab for Ukraine began.

The “presidential” bearing that was the major selling point of Biden’s campaign pitch is decomposing before our eyes. Always multiple steps behind unfolding events, his recent incoherence in Poland could have only whetted the appetite of any future aggressor. 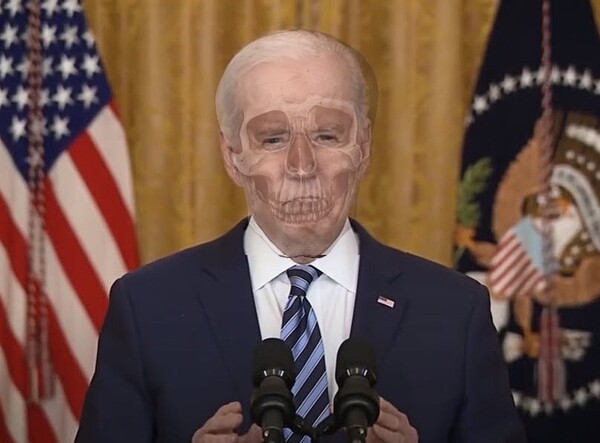