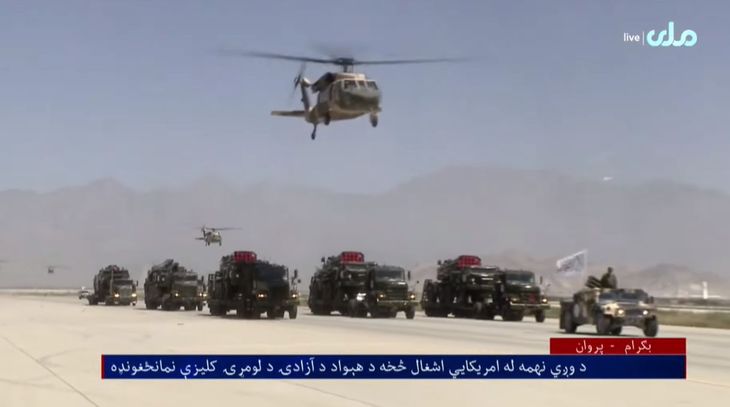 One year after the last American military flight scrammed out of Afghanistan, the resurgent Taliban celebrated with a triumphant parade featuring some of the billions of dollars’ worth of military equipment gifted to them by the Biden administration.

The sunny weather was perfect for a parade, and spectators as well as international participants were treated to quite a show at Bagram airfield, once the largest U.S. base in the country. In celebration of “President” Biden’s deadly, debasing, and demoralizing bug-out, Taliban infantrymen marched in formation and drove humvees, missile-bearing trucks, and armored personnel carriers, while American-made Black Hawks filled the sky above.

. . . representatives from Pakistan, China, Russia, and NATO member Turkey participated in Wednesday’s ceremony and that Taliban forces marked the occasion with ceremonies and celebrations all across Afghanistan.