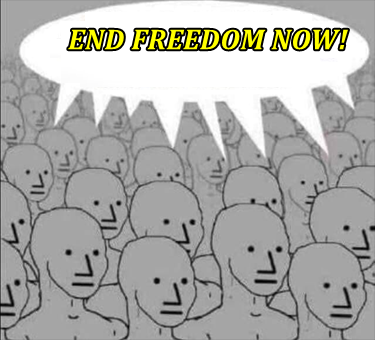 This weekend huge protests over totalitarian measures being put in place to (allegedly) “combat the pandemic” are planned all over the world.

Austria is expecting huge marches this weekend in protest of their “anti-Covid” measures after they announced this week that, from February, Covid vaccination would be mandatory. This follows their initial plan to “lockdown the unvaccinated”, which has already been changed to a lockdown for everyone.

A cynical person might argue the nationwide lockdown was instituted to try and prevent the large-scale protests they knew were coming.

The press are already demonising the protests, with headlines claiming Vienna is “expecting violence”.

The problem with the protests is the Elites do not care. There have been protests for weeks, and governments are just becoming more oppressive. And with election fixes in, the political class do not fear losing their jobs. Sadly, protesting alone will likely not be enough. Of course, this is the fault of the people. “14-days to flatten the curve” should never have been followed. Once the citizens agreed the flu was serious enough to surrender their freedoms for 14 days it was all downhill from there. This is the downfall of all civilizations: a complacent society surrenders their right to make their own life decisions and willingly surrender their freedom to “those who know better” for a little convenience.

Here is an example. I had lunch with a friend today who went to The Magic Castle in Los Angeles last night. She was in a group of 4 couples and is the only one not vaccinated. When they arrived, she was asked for proof of vaccination. She told them she was not, but produced the required negative test. The hostess required her to fill out a statement citing her reason for not being vaccinated, took her ID information, and had her sign her statement. You would think she would tell them to shove it and walk away, but since the other 7 people were vaccinated she caved and gave the requested written statement. In a society that cared about freedom, the other 7 would have walked out with her.

Sadly, most people in Western society today are either compliant sheep, or too ball-less to stand up for themselves. Protest, carry signs, and chant all you want. Nothing will change. If you want change, then the people will have to emulate BLM and Antifa. The authorities are afraid of a real conflict. Every cop is told their most important job is to go home to their family every night. There is no stomach to stand up to a large throng of protesters who are willing to fight for what they want. Peaceful marches have not accomplished anything for the past year. They will likely not accomplish anything next year either.

The only peaceful solution would be to hurt the elite where they will feel it: their lust for power and their pocketbook. Refuse to comply with their restrictions and take away their power. Without your compliance, they have no power except with a gun. The way to hit their pocketbook is to strike. Governments all over the world shut the economy down last year on their own terms. It is time to shut it down on ours. Some cities have had Walkout Wednesdays. A day people en masse call-out sick and refuse to spend money. this is how you can hit them. Refuse to comply, and refuse to do work that enriches them. Shutdown every company one day per week. Watch productivity and earnings crash. Watch the stock market tumble. Then you will see the Elites fear the People again.