News from down Mexico way

Absurdo/Absurd! Was the RPG authentic in 2015 that shot down a military helicopter? #Mencho’s weapons are much more powerful now, he has a war weapon cache. While gob “analyzes”, homicides are record-breaking.#CJNG #Jalisco https://t.co/aCpgMPjuv7 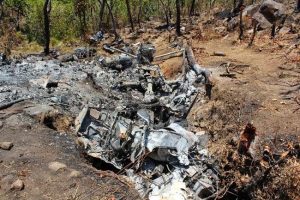 Asia & Europe including Eastern Europe, through the porous southern [MX] border. Mencho has war weaponry that would blow your mind. Weapons with no need in narco war, like manpads.  Only one use for manpads, right?
read: https://t.co/mK6MovU1OS https://t.co/Ob1LIz4Mm4 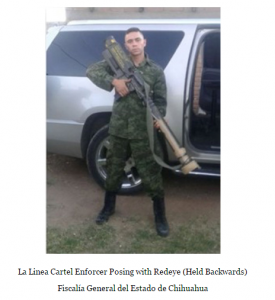 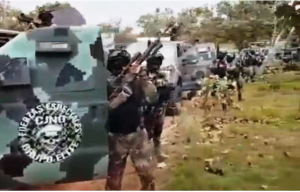 Mexican cartel shows its might as president visits its heartland

In the two-minute clip, members of the fearsome Jalisco New Generation Cartel (CJNG) stand in fatigues alongside a seemingly endless procession of armored vehicles.

“Only Mencho’s people,” members of the cartel shout, pumping their fists and flashing their long guns. The cry was a salute to their leader, Nemesio “El Mencho” Oseguera, one of the country’s most-wanted drug lords.

The video’s release coincided with Lopez Obrador’s visit to the states of Guanajuato, Jalisco and Colima, some of the cartel’s strongholds.

“They are sending a clear message… that they basically rule Mexico, not Lopez Obrador,” said Mike Vigil, a former chief of international operations for the U.S. Drug Enforcement Administration.