What happened to the Armenian Army in its short but brutal 44-day war with Azerbaijan goes beyond simply losing a war. It was more about the way Armenia lost and, more specifically, how it lost. What happened over the skies of Nagorno-Karabakh – where Azerbaijan employed a host of Turkish- and Israeli-made drones not only to surveil and target Armenian positions, but shape and dominate the battlefield throughout – can be likened to a revolution in military affairs. One akin to the arrival of tanks, mechanised armoured vehicles, and aircraft in the early 20th century, that eventually led to the demise of horse-mounted cavalry.

It’s not that the Armenian soldiers were not brave, or well-trained and equipped – they were. It was that they were fighting a kind of war which had been overtaken by technology, where no matter how resolute and courageous they were in the face of the enemy, the outcome was preordained – their inevitable death, and the destruction of their equipment; some 2,425 Armenian soldiers lost their lives in the fighting, and 185 T-72 tanks, 90 armored fighting vehicles, 182 artillery pieces, 73 multiple rocket launchers, and 26 surface-to-air missile systems were destroyed. 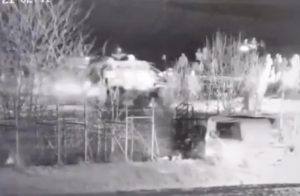