Hyperinflation, Fascism and War: How the New World Order May Be Defeated Once More

By Matthew J.L. Ehret
The Saker

While the world’s attention is absorbed by tectonic shifts unfolding across America as “a perfect storm of civil war, and military coup threatens to undo both the elections and the very foundations of the republic itself, something very ominous has appeared “off of the radar” of most onlookers. This something is a financial collapse of the trans-Atlantic banks that threatens to unleash chaos upon the world. It is this collapse that underlies the desperate efforts being made by the neo-con drive for total war with Russia, China and other members of the growing Mutlipolar Alliance today.

In recent articles, I have mentioned that the Bank of England-led “solution” to this oncoming financial blowout of the $1.5 quadrillion derivatives bubble is being pushed under the cover of a “Great Global Reset” which is an ugly and desperate effort to use COVID-19 as a cover for the imposition of a new post-covid world order operating system. Since the new “rules” of this new system are very similar to the 1923 Bank of England “solution” to Germany’s economic chaos which eventually required a fascist governance mechanism to impose it onto the masses, I wish to take a deeper look at the causes and effects of Weimar Germany’s completely un-necessary collapse into hyperinflation and chaos during the period of 1919-1923. 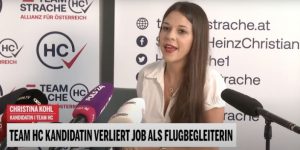