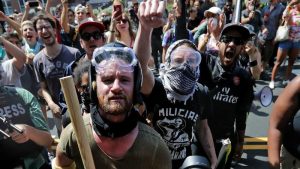 Collins warned it was highly irresponsible and called it a political effort against President Donald Trump.