‘Get out of our city!’ Protesters chase away journalist and try to silence black tour guide who defended Lincoln statue in DC

Conservative commenter Jack Posobiec has been harassed, branded a Nazi and chased away by a crowd of protesters, who had gathered in Washington, DC, dead set to tear down a statue of Abraham Lincoln.

Posobiec attended Friday’s demonstration calling for the removal of the Emancipation Monument in DC, live-streaming the event to followers online. But once spotted in the crowd, the pundit was surrounded by hostile activists, who demanded he leave the protest.

Footage of the encounter shared on social media shows demonstrators getting physical with Posobiec, with one helmeted activist apparently trying to steal his cell phone as he was escorted away from Lincoln Park. At some point, he was also doused with an unknown liquid. 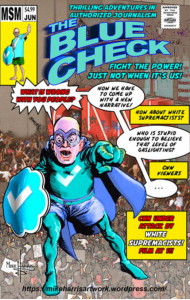