When it comes to domestic extremists such as those who stormed the Capitol, a longtime CIA officer argues that the U.S. should treat them as an insurgency.

That means using counterinsurgency tactics — similar in some ways to those used in the wars in Afghanistan and Iraq.

Robert Grenier served as the CIA’s station chief for Pakistan and Afghanistan in 2001. He went on to become the CIA’s Iraq mission manager and then director of the CIA Counterterrorism Center from 2004 to 2006. 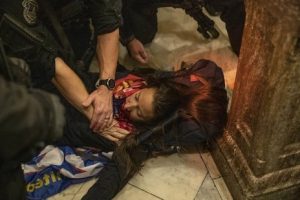