The US Congress’ $900 billion Covid-19 relief bill was packaged with $1.4 trillion in omnibus spending that includes tens of billions for war, weapons, and regime change abroad, from anti-Russia and anti-China initiatives to $3.3 billion for Israel’s military.

The longest piece of legislation in United States history, containing both a coronavirus relief package and the annual omnibus spending package, quickly passed through Congress on December 22, with little opposition. While technically separate bills, the omnibus and stimulus were debated and passed together, at the same time.

The massive piece of legislation — a staggering 5,593 pages in length — lays bare the priorities of the US government, prioritizing regime change in foreign nations and the imperatives of empire over the basic needs of Americans.

In just a few hours, it passed through the House of Representatives by 359-53, and through the Senate by 92-6.

While the US public was forced to grovel for months for a $600 direct payment, the same piece of legislation pumps billions of dollars into “democracy programs” — US government code for regime-change operations via civil society NGOs — and foreign military assistance. The measly $600 survival checks pale in comparison to the massive foreign spending on regime change and titanic allocations to prop up US-friendly authoritarian militaries. 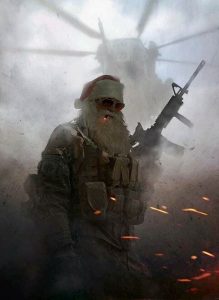