Will January 6 be the date the second US Civil War begins?

Up to a million Americans will descend on Washington this Wednesday, when Congress moves to formalize November’s election. If misrepresented by the media, the event could be the spark for the mother of all national breakups.

In the 1989 black comedy ‘War of the Roses’, Oliver and Barbara Rose, a young affluent couple, played by Michael Douglas and Kathleen Turner, seem to have all the worldly possessions necessary for a successful marriage. Over time, however, they come to loathe each other, and their only shared passion is the palatial family home, which neither is willing to relinquish. Amid their efforts to kill each other in the bitterest divorce of all time, Oliver draws up plans to physically cut the mansion in half, which, of course, does nothing to resolve the issue.

‘War of the Roses’ provides a nice analogy to the ‘complicated’ relationship that now exists between the Democrats and the Republicans. In the past, the proponents of conservatism and liberalism were always able – and more importantly, willing – to find a way to salvage their strained relationship. Today, however, the honeymoon is over and the kids have moved out. The two sides barely speak to each other, and now, amid a fierce battle for the White House, the only solution seems to be two separate homelands for two strikingly different ‘people’.

For estranged couples such a mutual parting of ways and possessions is possible; for sovereign states, however, such a decision essentially amounts to civil war. The real tragedy is that such a potentially explosive scenario was avoidable. 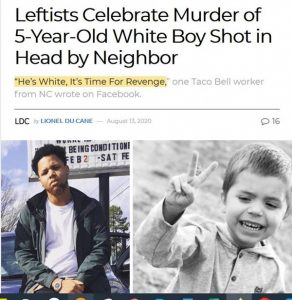