When Did We Trade In The New Frontier For The Apocalypse?

You have to go all the way back to the ’50s to find real, touching faith in our society during a time of crisis. 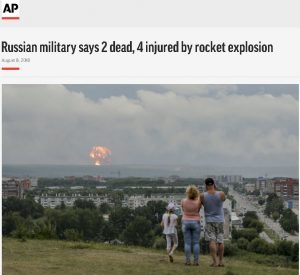 Pat Frank’s Alas, Babylon is a fascinating artifact of mid-century Americana, the pop lit equivalent of a battleship-sized Cadillac or drive-in movie theater. The book imagines a nuclear war and its aftermath in a small Florida town, yet compared to other entrants in the post-apocalyptic genre, it’s downright optimistic.

Unlike Nevil Shute’s On the Beach, Frank does not anticipate the utter destruction of the human race by radioactive fallout. Despite its biblical title, the bookis not infused with the Catholic pessimism of Walter Miller’s A Canticle for Leibowitz. In There Will Come Soft Rains, Ray Bradbury imagined the half-life of an automated house after the nuclear annihilation of its inhabitants. Frank shares Bradbury’s interest in space-age gadgetry, but he was confident the same can-do spirit that produced supersonic jets and mass refrigeration would allow us endure an atomic holocaust. He actually followed the success of his novel with a practical handbook for surviving nuclear war.