Invasions just aren’t what they used to be. Nowadays, they’re mostly conducted through the technically peaceful political imposition of the invader’s will, such as in the open-borders policies of the Left in the EU and the United States. This is a main reason why Russia’s old-school military attack on Ukraine has so shocked the West — the First World never sees that sort of thing anymore.

The purpose of an invasion is to gain control over a geographic location, its people, and its resources. But even as Russia has been busy with its outdated bloody invasion of Ukraine, it has been unwittingly handing over the prize to a much more polished and insidious conqueror. You see, every building Russia shells, every pipeline and power plant it blows up, and every road and bridge it destroys will need to be rebuilt. And rebuilding infrastructure costs money — lots of money. Where will Ukraine turn?

Luckily for Ukraine, investors are already lining up to “help.” Between Christmas and New Year’s, Ukrainian President Volodymyr Zelenskyy’s office announced that the leader had been collaborating with the ESG-zealots at BlackRock, Inc. since last fall:

In accordance with the preliminary agreements struck earlier this year between the Head of State and Larry Fink, the BlackRock team has been working for several months on a project to advise the Ukrainian government on how to structure the country’s reconstruction funds.

Volodymyr Zelenskyy and Larry Fink agreed to focus in the near term on coordinating the efforts of all potential investors and participants in the reconstruction of our country, channelling investment into the most relevant and impactful sectors of the Ukrainian economy.

With globalist monetary titan Fink in control of who gets a piece of post-war Ukraine, we can be sure that only the right investors will be considered. His pals at the World Economic Forum (WEF) have been rubbing their hands together in gleeful anticipation. 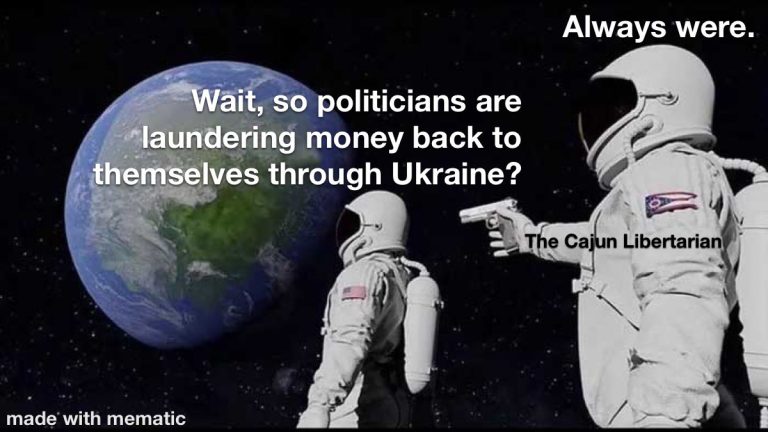