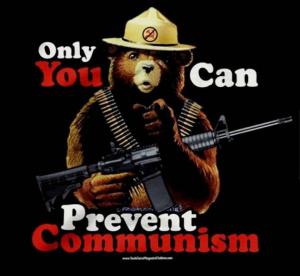 RT
The commander of a US Space Force unit has been removed from his leadership role following a podcast appearance in which he claimed that ‘Marxist’ ideologies like critical race theory were undermining the military.  Lt. Col. Matthew Lohmeier made the provocative comments while speaking on ‘Information Operation’, a podcast hosted by conservative commentator and military veteran L. Todd Wood.

Lohmeier also criticized diversity and inclusion programs being implemented by the Department of Defense. He claimed that military personnel at his base were given reading materials that referred to the United States as a “white supremacist nation.”   He further claimed that “neo-Marxist thought” has been prevalent within the Democratic Party, and that conservatives are increasingly being targeted for their political views and are labeled as extremists.

Lohmeier isn’t the only military officer to raise alarm over alleged Marxist infiltration. Earlier this week, an open letter signed by more than 120 retired generals and admirals warned that the United States has “taken a hard left turn toward socialism and a Marxist form of tyrannical government.”