“The sole purpose of the United States Military is to protect American citizens, defend American national security interests, and to fight and win wars when necessary,” the Congressmen say in a letter exclusively provided to Revolver News. “We urge you to use your authority to take action to fight back against the creeping left-wing extremism in the U.S. military.”

The letter specifically cites Revolver‘s recent exclusive exposing Bishop Garrison, the newly-appointed Senior Advisor to the Secretary of Defense for Diversity and Inclusion. As Revolver first reported three weeks ago, Garrison runs a toxic, dangerous grift that claims “White Supremacy is a national security threat,” and that patriotic Americans must be purged from the military to combat this fake danger. The Congressional letter states:

Under the guise of reviewing “extremism” within the ranks of the Department of Defense, it appears that political actors such as Bishop Garrison, the head of the working group tasked with defining extremist views for the Department of Defense, have been given broad freedom to both catechize and root out servicemembers who will not affirm far-left doctrines. Your order for a “stand-down” to ideologically assess servicemembers appears to have been connected to these efforts.

The letter also highlights the case of Lt. Col. Matthew Lohmeier, the Space Force commander recently interviewed by Revolver who was relieved of command for his book warning about the infiltration of Marxist ideology into the armed forces. Along with Lohmeier, it also mentions the botched elevation of Richard Torres-Estrada, who was slated to serve as Chief Diversity and Inclusion Officer until patriots unearthed his social media posts comparing President Trump to Adolf Hitler. 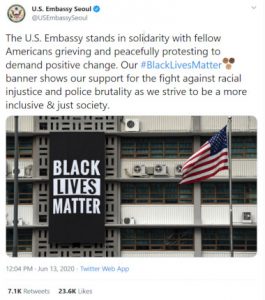