Pigs’ day in (the Supreme) Court 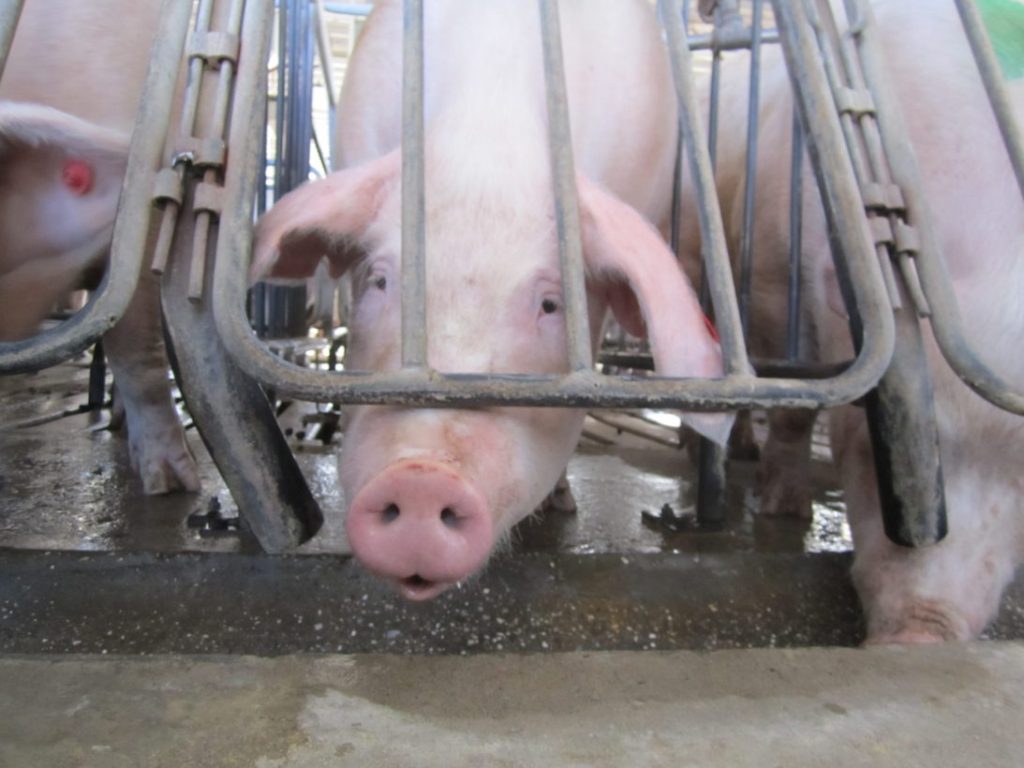 Last week, the U.S. Supreme Court heard arguments about Proposition 12, California’s landmark law to address animal cruelty and public health issues stemming from the worst factory farming practices, such as confining pregnant pigs in gestation crates so small they can hardly move. Jon Lovvorn, senior vice president and chief counsel for our Animal Protection Law department, sat at the counsel table in support of Proposition 12. Here he reflects on what this moment in history means for the animal protection movement.

As the Justices of the Supreme Court of the United States slid into their ceremonial chairs last Tuesday morning, I was lucky to have a front row seat at counsel table. The legal question before the Court was how far states can go under the Constitution to keep immoral and unsafe products out of their domestic markets. Remarkably, the national test case for deciding this question was about farm animal protection—an issue long neglected on the national stage, and even in some corners of the humane community itself. But not that day. The highest court in the land was going to debate and decide whether California and other states have gone too far in their efforts to rid their markets of farm animal abuse, and if so, what that would mean for laws addressing other major moral questions of our time.

I steeled myself for what was to come. Our work at the Humane Society of the United States has been before the high court twice in the last 20 years, and the outcomes were not positive. Unlike the lower courts, where we have won more than a hundred cases, the Supreme Court has never been a favorable venue for animals. Time and again, the Court has limited or struck down animal protection laws at the behest of animal abusers and big business interests. But I took comfort in the knowledge that we had done everything possible to prepare for this fight. Over the past year, our legal team—which now numbers over a dozen attorneys with more than a hundred years of combined experience—collaborated with experts throughout our family of organizations to recruit hundreds of outside organizations and scientists to submit briefs in support of our position. We invested hundreds of hours of research, writing, practice arguments and other preparations. We were ready.