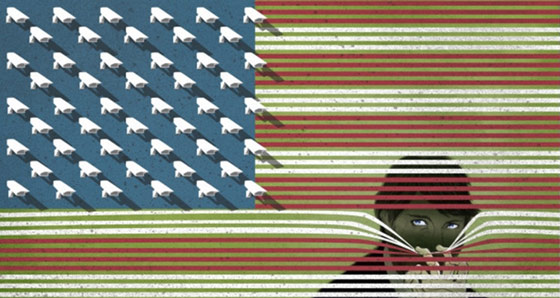 French Defense Minister Florence Parly has said that former high-ranking military personnel may be punished for signing a letter urging the president to stop the looming disintegration of the country and possible civil war. The letter, which had caused a stir in the media, was published in the conservative ‘Valeurs Actuelles’ news magazine on April […]

Senator Rand Paul: Dr. Fauci Must Answer Questions on Why He Continued to Fund Dangerous Human-Virus Studies after they were Banned in US (VIDEO)

Read More » Senator Rand Paul: Dr. Fauci Must Answer Questions on Why He Continued to Fund Dangerous Human-Virus Studies after they were Banned in US (VIDEO)

There’s no need to worry about that ‘racist’ trigonometry, at least in Virginia, because the state is eliminating advanced math courses for all students prior to the 11th grade, all in the name of equity. The Virginia Mathematics Pathways Initiative (VMPI) plans over the next few years to force all students in grades six through […]

Shocking 2025 Deagel Forecast… War, Population Reduction and the Collapse of the West

By Doug Casey and International Man International Man: Deagel is a private online source for the military capabilities of the world’s nation-states. It recently released a shocking five-year forecast. The report analyzes countries by projected population size, GDP, defense budget, and more. In it, they predict a 70% reduction in the size of the United States population. […]

By Maria $5 trillion allocated for COVID-19 relief and infrastructure projects Chris Hedges discusses the nearly $5 trillion being allocated by the Biden Administration for COVID-19 relief and infrastructure projects with the economist Prof. Richard Wolff on April 10, 2021. Chris Hedges, who invited Richard Wolff on his weekly program On Contact for RT, is […]

By Brandon Smith Just as the Event 201 simulation of a coronavirus pandemic preceded the real thing by only two months, there are concerns that the next World Economic Forum simulation event will also be a precursor to another crisis. Cyber Polygon is a war game being held by the WEF this July which is meant […]

And on March 11, 2020: the WHO officially declared a Worldwide pandemic at a time when there were  44,279 cases and 1440 deaths outside China out of a population of 6.4 billion (Estimates of confirmed cases based on the PCR test)..  Immediately following the March 11, 2020 WHO announcement, confinement and lockdown instructions were transmitted to 193 […]

The Curse of Aaron

David Cole If you ask a casual Shakespeare fan to name the Bard’s most villainous character, odds are the answer will be Richard III. And that’s not a bad response. Richard is indeed a murderous scoundrel. But the thing is, from the very first scene, Richard tells the audience exactly who he is, what he’s […]

Read More » The Curse of Aaron
Next Page » « Previous Page