One Flew Over the Kookaburra’s Nest: Down Under is now a mental ward where the crazies are calling the shots over Covid

Reminiscent of Nurse Ratched in Ken Kesey’s classic 1962 novel, Australian officials have completely lost the plot over the virus, as they rob citizens of their basic democratic and human rights in the name of protecting them.

Eight o’clock the walls whirr and hum into full swing. The speaker in the ceiling says, ‘Medications,’ using the Big Nurse’s voice.  – ‘One Flew Over the Cuckoo’s Nest’

While George Orwell’s dystopian novel ‘1984’ remains the go-to work of literature for helping wrap one’s brain around these increasingly mental times, Kesey’s masterpiece ‘One Flew Over the Cuckoo’s Nest’ has been relegated to the back of society’s bookshelf. That’s unfortunate, especially in the case of Australia, which appears to be hard at work penning the sequel.

The role of ‘Big Nurse,’ Kesey’s tyrannical antagonist, who has an arsenal of medication at her disposal, would go to Australian health chief Dr. Kerry Chant. This medical authoritarian recently informed the 8.1 million locked-down subjects of New South Wales that Covid will be with us “forever” and people will have to just “get used to” rolling up their sleeves for endless booster shots.

Chant’s grim assessment of Australia’s future faced no challenges from other professionals, which should come as no surprise, since the act of expressing medical second opinions – a ‘luxury’ that doctors have enjoyed since at least the Middle Ages – has been outlawed. 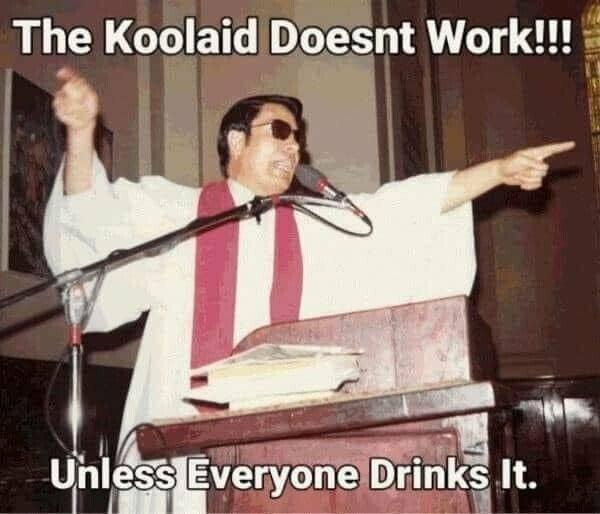