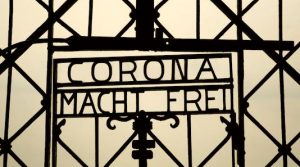 Perhaps the last half of this interview explains why the mainstream media are now willing to let Anthony Fauci take the heat for the Wuhan Bio-Lab leak.  The entire interview with Australian investigative journalist Sharri Markson is well worth watching.  The first major point was how Anthony Fauci was arguing against scientific consensus to keep allowing “gain of function” biological experimentation with deadly viruses.  Fauci advocated for weaponization research in 2012, the scientific community was against it because of the inherent risks.

The second major point was President Obama stopping gain of function research in 2014 due to the global risk of a leak from a lab.  Then in 2017, in the first year of the Trump administration, unbeknownst to senior officials in the administration, NIH Director Anthony Fauci pushed through a restart of the dangerous research.