I am ToRe: What they don’t want you to know 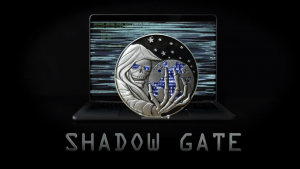 Millie Weaver’s own cell phone video of her arrest:

Investigative reporter Millie Weaver and her husband have reportedly been arrested at the same time her documentary on the US “shadow government” was being screened on YouTube, sending Conservative Twitter into theory overdrive.

Weaver’s “arrest” at the couple’s home – which has yet to be confirmed by authorities – was initially reported by Infowars on Friday, shortly after the YouTube premiere of her documentary film “ShadowGate.” The film purports to expose the secrets of the massive ‘Deep State’ intelligence apparatus manipulating politics within the US and beyond its borders, based on the reports of two private intelligence whistleblowers.

Video of the couple’s apparent arrest, shot by Weaver herself, was posted to Twitter by her Infowars colleague Adan Salazar, opening on Weaver asking in disbelief if “a grand jury indicted [her].”

She and her husband Gavin Wince were then supposedly taken into custody after being informed they’d been charged with “burglary.” The clip ends abruptly with Weaver urging viewers to “please share this.”