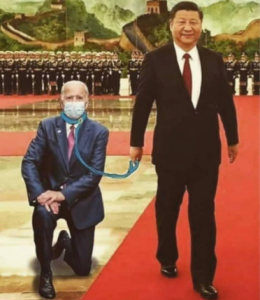 Resigning from the Intercept, Glenn Greenwald cited as the last straw the decision of “authoritarian, fear-driven, repressive” editors in New York to suppress his article critical of Democratic presidential candidate Joe Biden.

Greenwald co-founded the outlet in 2014, with Laura Poitras and Jeremy Scahill, in part as a vehicle to publish the revelations from NSA whistleblower Edward Snowden. Editorial freedom was supposed to be the Intercept’s core mission, he explained in a letter of resignation posted on Thursday.

The publication “now bears absolutely no resemblance to what we set out to build – not in content, structure, editorial mission or purpose,” Greenwald wrote.

My Resignation From The InterceptThe same trends of repression, censorship and ideological homogeneity plaguing the national press generally have engulfed the media outlet I co-founded, culminating in censorship of my own articles.https://t.co/dZrlYGfEBf

Instead, it is “rapidly becoming just another media outlet with mandated ideological and partisan loyalties, a rigid and narrow range of permitted viewpoints (ranging from establishment liberalism to soft leftism, but always anchored in ultimate support for the Democratic Party), a deep fear of offending hegemonic cultural liberalism and center-left Twitter luminaries, and an overarching need to secure the approval and admiration of the very mainstream media outlets we created The Intercept to oppose, critique and subvert,” Greenwald wrote in a Substack post explaining his decision to leave.

Adhering to principles, and taking personal risk to maintain them, is a totally foreign concept to most of today’s chronically smug media members — who posture as brave, defiant truth-tellers but are the most banal and conformist people you’ll ever meet in your entire life