An audit of Dominion voting machines used in Michigan concluded that the systems are designed to perpetuate election fraud, supporting President Donald Trump’s claims of irregularities. State officials have criticized the report.

Shockingly, the auditors claimed that the widespread errors were a feature, not a bug, stating that the voting system “intentionally” generates a high number of ballot errors which can then be used to manipulate the vote tally.

“We conclude that the Dominion Voting System is intentionally and purposefully designed with inherent errors to create systemic fraud and influence election results.” 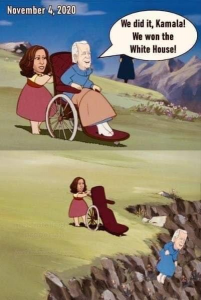