In 1994 the Clinton administration scrapped Cold War export controls, thereby enabling more sensitive technology to be transferred to China. Claiming that they would not allow defence technology, such as supercomputer or potential uranium enrichment technology, to go to China (or Russia), they soon lifted this restriction via a work-around that shifed oversight from the departments of State and Defense to the Department of Commerce.

One only has to look at the near identical design of US and Chinese defence systems and weaponry to see that a massive amount of “sensitive” technology is common to both countries.

The asinine explanation we are given is that this is all the result of Chinese espionage, even though the US government has amended legislation to make such transfers possible.

The Israeli government and Israeli defence contractors have consistently acted as facilitators for the transfer of the most sensitive Western defence and surveillance technology to China. As soon as “reform and opening up” began in 1979, Israeli multibillionaire—then a humble billionaire—Saul Eisenberg flew a delegation of defence contractors to arrange military supply contracts with the Chinese government.

While the West’s MSM parrots the intelligence agencies’ overwhelmingly baseless claims that China represents an “immense threat,” the US government and others have maintained deep defence ties with the Israeli government for generations. 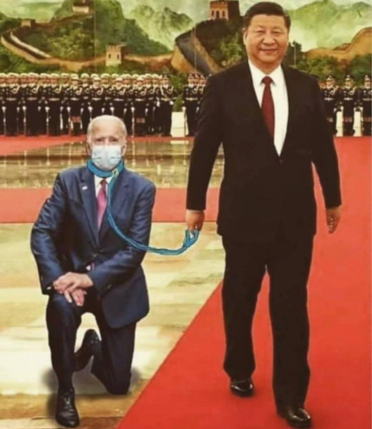