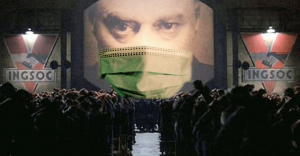 The United Kingdom is in serious danger of replacing democracy with totalitarianism, one of Britain’s most distinguished legal minds, Lord Sumption has warned.

During the Covid-19 pandemic, the British state has exercised coercive powers over its citizens on a scale never previously attempted. It has taken effective legal control, enforced by the police, over the personal lives of the entire population: where they could go, whom they could meet, what they could do even within their own homes. For three months it placed everybody under a form of house arrest, qualified only by their right to do a limited number of things approved by ministers. All of this has been authorised by ministerial decree with minimal Parliamentary involvement. It has been the most significant interference with personal freedom in the history of our country. We have never sought to do such a thing before, even in wartime and even when faced with health crises far more serious than this one.

Many of the measures forced by the government, Sumption maintains, were probably illegal. He notes that the government has claimed to derive authority for its most draconian measures from the Public Health (Control of Disease) Act 1984, as amended in 2008. But this Act grants magistrates the rights to quarantine, isolate or disinfect infectious people. It makes no provision, he says, for the control of healthy people.