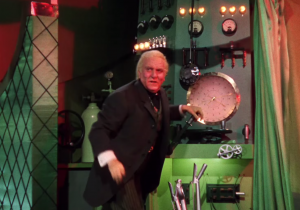 The terms “left” and “right” have now completely outlived their usefulness, but if they must be used, let’s just recognize that there is now a “Left” (“developing”/devolving for roughly thirty years now) that is to the right of the Right.

We now see a “Left” that, wittingly or unwittingly, is on board with an impeachment “process” that is nothing more than a rolling coup to put the CIA-led Deep State back into full control.

This is not about Republicans or Democrats, except that the latter is at present the leading “political” steering media for this restoration of the establishment.

Once this restoration occurs, it will become much harder to loosen things up again. Perhaps, though, when the establishment/Deep State reasserts itself, under Democratic Party leadership, the conditions will be ripe for the emergence of a Yellow Jersey-type movement of working people in the U.S.

Whether Donald Trump is a true spanner in the works of the establishment/Deep State or simply a loose screw in the mechanism, there is no excuse for getting behind the Democrats and this impeachment “process.” None whatsoever.

As this “process” goes forward, however, it should be obvious to those with eyes and ears with which to see and hear, or, more to the point a brain with which to think, that the establishment and the Deep State do see Trump as a threat. “God bless the Deep State,” said former CIA deputy director/acting director John McLachlan last week, regarding the impeachment drive.

Trump’s main effectiveness in disruption and clarification has been “rhetorical.” What this means is that what he has mainly done is to pull the curtain back on how things really work with the establishment and Deep State. (Tulsi Gabbard did a good job with this a couple weeks earlier, and this was a good thing quite apart from anything else that can be discussed regarding Gabbard.) My view is, Keep going, Toto!

The view of today’s Left, that supports this “impeachment process”/establishment coup is that they are fine with, or at least can accept, what they see behind the curtain. “Because Trump … .” That’s ridiculous. In fact, one would want to say it’s insane, truly crazy.

One last thing that I hope concentrates how crazy liberals and the Left are these days: Comparing Trump with Hitler (or the “Trump regime” with the Third Reich) is not only crazy and ridiculous, it is anti-Semitic. It is a complete trivialization of the Holocaust and much else that is horrible besides.