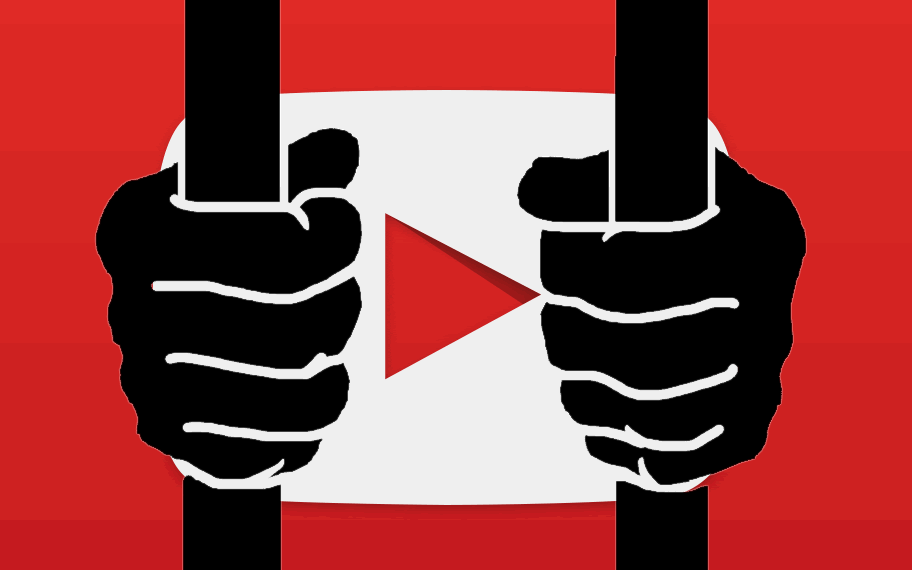 YouTube has just announced they have changed their “community standards” to combat “extremist content” on their platform. This is just the latest step in the war against free speech online.

This move comes as no surprise – the press have been laying the groundwork for this for weeks, even months.

You cannot move for stories about how bad YouTube is.

Given that, it comes as no surprise that the mainstream media are celebrating this latest “purge”.The Guardian reported:

Whilst the Financial Times went with:

Both these headlines are wildly inaccurate, deliberately playing the racism/white supremacy angle in the hopes that people will clap along without reading anything else.

Vox was a little more truthful in its headline, reporting:

YouTube to delete thousands of accounts after it bans supremacists, conspiracy theorists and other ‘harmful’ users

However, even these headlines – though a touch closer to the whole truth – leave out some really important information (I’m sure entirely by accident).

As much as the media are playing the neo-Nazi/hate speech angle, there’s far more to it than that.

To really dig down into what this means, we need to ignore the media and go straight to the source. This is YouTube’s official statement on the matter, posted on their blog.

The bans, contrary to the media headlines, are not about racism. They are far more incoherent than that – they are about “supremacist content”.

YouTube’s delightfully vague description of which, is as follows:

videos alleging that a group is superior in order to justify discrimination, segregation or exclusion based on qualities like age, gender, race, caste, religion, sexual orientation or veteran status.

Honestly, almost any video you wanted – that expresses a political position – could be twisted into fitting that description. But it doesn’t end there:

Finally, we will remove content denying that well-documented violent events, like the Holocaust or the shooting at Sandy Hook Elementary, took place.

What does “well documented” mean? It’s a deliberately ambiguous phrase.

The cited examples, the Holocaust and Sandy Hook, are chosen for shock value – but they are only examples: “Like the holocaust”.

What other examples might there be? The Douma gas attack from last year? The poisoning of Sergei Skripal?

You can’t deny people the right to ask simple questions. “Did that really happen?”, “Is the government telling the truth?”

These are the basic questions of journalism. You can’t simply pass history off as “well documented” and put it beyond question. Don’t let them cite the Holocaust as an example to bully you into silence. Free speech applies to all topics, and all opinions, no matter how “well documented” they are.

In an increasingly fake world, where government actions are routinely narrative-based rather than reality-based, outlawing the ability to simply say “that didn’t happen, you made that up!” is incredibly powerful.

It doesn’t stop at that either, “violent incidents” are just the start. There are other kinds of “harmful content”:

harmful misinformation, such as videos promoting a phony miracle cure for a serious illness, or claiming the earth is flat

Again, note the use of extreme examples – flat earth and “miracle cures”. It’s manipulation. What they’re talking about is “well documented” science. They mean the big three: Climate change, GM crops and vaccinations. Questioning any of those will become “harmful”.

People will say “obviously people shouldn’t be allowed to question vaccination”, but they’re wrong. People should – people must – be allowed to question everything. That’s what free speech means. Imagine this was seventy years ago, corporate consensus then was that smoking was good for you. Studies saying otherwise would have been described as “harmful misinformation” that were “shaking public confidence in our industry”.